Difference between revisions of "Alexander Naumov" 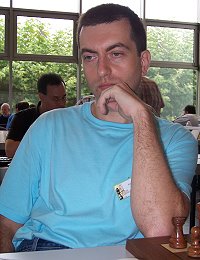 Alexander (Alex) Naumov, (born 1969)
a Serbian computer scientist and as former computer chess programmer author of the chess engine Naum. Alex studied computer science at the University of Belgrade and moved to Canada in 1994, where he worked as C++ and Java developer. He wrote his first logical game as a teenager for Commodore 64, and the first game featuring alpha-beta algorithm in 1992. He started programming Naum in 2003, the first version for Palm handheld computers, later ported to x86 PCs, where Naum soon evolved to a top commercial chess engine [2].

Alexander Naumov on open source, reply to Tord Romstad after his announcement to release the source code of Glaurung 0.1.5. in 2004 [3] :