Difference between revisions of "Alan Kotok" 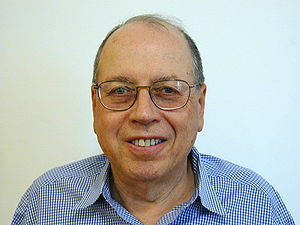 Alan Kotok, (November 9, 1941 – May 26, 2006)
was an American computer scientist, known for the Kotok-McCarthy-Chess Program [2] [3] [4], his work at Digital Equipment Corporation, and his contributions on the World Wide Web Consortium (W3C). Between 1959 and 1962, while student under John McCarthy at MIT, Alan Kotok and his fellows Elwyn Berlekamp, Michael A. Lieberman, Charles Niessen and Robert A. Wagner wrote a chess program for the IBM 7090. Based on Alex Bernstein's 1957 program and routines by McCarthy and Paul W. Abrahams, they added alpha-beta pruning to minmax, at McCarthy's suggestion. The Kotok-McCarthy-Program was written in Fortran and FAP, the IBM 7090 macro assembler.