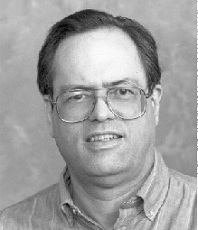 Robert Alan Wagner,
an American mathematician and computer scientist, since 1978 associate professor, since 2007 professor emeritus at Department of Computer Science, Levine Science Research Center, Duke University. He received his B.S. degree from Massachusetts Institute of Technology in 1962, and the Ph.D. degree from the Carnegie Mellon University in 1968, and before Duke, he was assistant professor at Cornell University and associate professor of CS at Vanderbilt University [2]. His research interests include experimental VLSI architectures, application of dynamic programming to algorithms and systems design, design of optimal software and hardware systems, and time-cost trade-offs in abstract parallel computer models. In 1961 at MIT, Robert A. Wagner became member of the "the chess group" supervised by John McCarthy, along with Alan Kotok, Charles Niessen and Michael A. Lieberman. They wrote the chess program for the IBM 7090 [3], which later evolved to the Kotok-McCarthy-Chess Program. In a 1982 usenet post, Tom Truscott mentions Wagner's encoding of chess positions, which requires ~143 bits [4] [5].