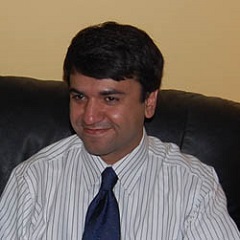 Hamid Reza Maei,
an Iranian born physicist, computer scientist and software engineer. He holds a Ph.D. in 2011 from University of Alberta [2], where he was member of the reinforcement learning and artificial intelligence (RLAI) group [3] at the Department of Computing Science to create reinforcement learning algorithms for large-scale problems and was involved in the development of a new family of temporal-difference learning algorithms suitable for value function approximation. The goal of these algorithms was to bring us closer to the development of a universal prediction learning algorithm suitable for learning experientially grounded knowledge of the world [4].