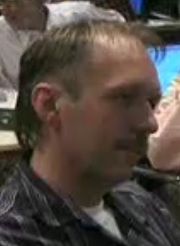 As a chess and Go programmer, Edward de Grijs is author of the chess playing entity Explorer, playing the DOCCC 1991 and the DOCCC 1993, and more recently the Go playing program FirstGo [2], which participated at the 12th Computer Olympiad in Amsterdam [3].

Edward de Grijs was member of The Ensemble in the Netflix Prize challenge, an open competition for the best collaborative filtering algorithm to predict user ratings for films, which finished second on the leaderboard out of 50 thousand contestants [4] [5] [6]. He was also member of the POWERDOT team, winning the 2013 Heritage Health Prize 2.0 [7].