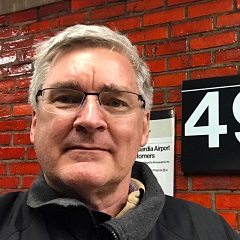 Ed English,
an American computer scientist, programmer and entrepreneur in the area of mobile application, internet security, e-commerce, and video games. He holds a Bachelor of Computer Science in 1979 from Boston College. In 1979/80 he was affiliated with Fidelity Electronics, where he developed software for microcomputer chess games. According to his LinkedIn site, he improved the alpha-beta implementation, apparently of the Chess Challenger 7 by primary author Ron Nelson, to double its playing speed [2]. Ed English further worked as game developer for Parker Brothers, where he programmed the Frogger game for the Atari 2600.